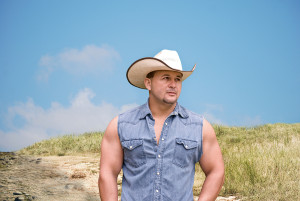 What images immediately come to your mind when you see or hear the words “hired hands?” For many of us it conjures up images of a full time or seasonal farm, field, or ranch worker who works long hours doing hard menial work for low wages. Depending on the country and area of the world you live in a certain ethnic people group might come to mind when we see or hear those words. When you viewed the above picture and read these opening sentences did a similar image like the person in this picture come to mind. The interesting part here is that this purchased photo is entitled “Mexican Cowboy in a Meadow.”  Nothing more, nothing less, reminding us word associations and the mental images they conjure up influences subsequent actions by people for good and for bad; even for those of us in leadership positions.

Regardless of where in our world we live as leaders, how we view and treat people we have the privilege of leading is a matter of great importance; especially for the leader who is a Christ follower. Do we view our employees, volunteers, church members or staff as “hired hands” or “hired hearts?” The difference is huge, the implication immense.

Dr. Kathleen Patterson is the Director of the Doctor of Strategic Leadership program at Regent University’s School of Business and Leadership. Recently, in listening to an audio speech by Dr. Patterson from the series, Leadership Talks, Volume 5, Issue 1, she made a very interesting statement. She stated that as “Servant Leaders feel called to serve others, then as leaders we need to look at followers as hired hearts instead of hired hands.” What is striking in her talk was the fact that as leaders, if I/we are not careful I/we will look at those who work for us and around us more as hired hands than as hired hearts. What about those of us in leadership who are responsible for leading volunteers who give graciously of their time and talent, many times with no recognizable or tangible compensation? Do we view them in the same way as we do the person gainfully employed underneath our supervision? Dr. Patterson has made an excellent observation, raised an important leadership question, and then offered the following for our consideration. In this talk she reminds us of the Golden Rule found in Matthew 7:12, “So in everything, do to others what you would have done to you, for this sums up the Law and the Prophets” (TNIV).

Providing a word of warning for those of us in leadership positions or for the person seeking a leadership position is Regent University’s Dr. Corné Bekker who in his article, Leading with the Head bowed down: Lessons in Leadership Humility from the Rule of St. Benedict of Nursia, stated:

Leadership often draws the wrong kinds of leaders. Positions of power and influence have the tendency to attract the proud and the upwardly mobile individualists.

The wrong kind of leader will view people, their followers, employees, students, church staff and members as hired hands, pawns to use in capturing and winning whatever game it is they are playing. Dr. Doris Gomez, Regent University observed in her article, The Heart of a Leader: Connecting Leading and the Inner Life, that “As leaders have the responsibility to influence, inspire, and motivate people, leaders must engage in a process of self-development and self-discovery because not doing so has serious implications for those around us.” Scott Wilson, Senior Pastor of The Oaks Fellowship in Dallas, TX, author of “the Next Level” reminds us “As leaders managing people we must remember that while we hold them accountable to performance standards, they are not robots.”

Some of the most powerful words between a leader and his followers or disciples are actually found in the Bible, John 15:12-18. In this passage Jesus is speaking to his circle of closest friends, his disciples or followers, there in the Upper Room shortly before his betrayal in the Garden of Gethsemane by Judas Iscariot. Let us join his conversation as Jesus says:

My command is this: Love each other as I have you. Greater love has no one than this: to lay down one’s life for one’s friends. You are my friends if you do what I command. I no longer call you servants [or even hired hands], because servants do not know their master’s business. Instead, I have called you friends, for everything that I learned from my Father I have made known to you. You did not choose me, but I chose you and appointed you so that you might go and bear fruit-fruit that will last-and so that whatsoever you ask in my name the Father will give you. This is my command: Love each other.

In Philippians 2:3-11 the Apostle Paul writes these challenging words that will help us  guard against looking at people as “hired hands” instead of “hired hearts:”

Do nothing out of selfish ambition or vain conceit. Rather, in humility value others above yourselves, not looking to your own interests but each of you to the interests of the others. In your relationships with another, have the same attitude of mind Christ Jesus had, Who, being in the very nature of God, did not consider equality with God something to be used to this own advantage; rather he made himself nothing by taking the very nature of a servant, being made in human likeness. And being found in appearance as a human being, he humbled himself by becoming obedient to death-even death on a cross! Therefore God exalted him to the highest place and gave him the name that is above every name, that at the name of Jesus every knee should bow, in heaven and on earth and under the earth, and every tongue acknowledge that Jesus Christ is Lord, to the glory of God the Father, (TNIV).

Finally, if we want to begin treating people as “hired hearts” instead of “hired hands” we should implement the following practices into our leadership model:

Don’t you agree that Dr. Patterson has made a valid point in observing that all of us in positions of leadership and influence need to view people as “hired hearts” instead of “hired hands?”

Bekker, Corné, Leading with the Head bowed down: Lessons in Leadership Humility from the Rule of St. Benedict of Nursia. http://www.regent.edu/acad/global/publications/innerresources/vol1iss3/bekker_inspirational.pdf

Gomez, D. (2008).The Heart of a Leader: Connecting Leading and the Inner Life. http://www.regent.edu/acad/global/publications/innerresources/vol1iss1/gomez_innerlife.pdf