Is Servant Leadership An Oxymoronic Term? 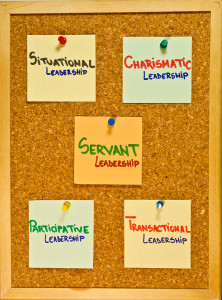 James C. Sarros, (Journal of Leadership & Organizational Studies, 2002), makes an interesting observation that “One reason for the scarcity of research on servant leadership is that the very notion of ‘servant as leader’ is an oxymoron,” (p.1). Sarros states, “It may be difficult to think and act both as leader and servant at the same time – a leader who serves and a servant who leads,” (p.1). Certainly, over the past eight years more articles, scholarly papers, and  books written on the subject of servant leadership have made their to printed form. However, there still may exist in the minds of some that the words “servant” and “leader” are incompatible relative to leadership.

Perhaps part of the issue is we fail to distinguish between the word “servant” and the term “subservient.” Webster’s (9th Ed., 1987) Dictionary defines the word servant (noun) as the following, “One who serves others; especially, one that performs duties about the person or home of a master or personal employer” (p.1075).

Webster’s also provides the following definition of the word subservient (adj.): “Serving to promote some end. Useful in an inferior capacity” (p.1176). His definition of subserviently (adv.) and its synonyms subservient, servile, slavish, and obsequious:

As to mean showing or characterized by extreme compliance or abject obedience. SUBSERVIENT implies the cringing manner of one very conscious of a subordinate position (domestic help was expected to be properly subservient> SERVILE suggests the mean or fawning behavior of a slave <a political boss and his entourage of servile hangers-on> SLAVISH suggest abject or debased servility <the slavish status of migrant farm workers> OBSEQUIOUS implies fawning or sycophantic compliance and exaggerated deference of manner <waiters who are obsequious in the presence of celebrities>(p.1176).

In examining the word definitions here closely, we note that it is indeed quite possible to be a servant leader, yet without being subservient in our demeanor, thus the term servant leader is NOT an oxymoronic term. The key here is not to allow our demeanor, our character, and personality to denote/exemplify an attitude of subservience in modeling the servant leader style or model.

Where did the term “Servant Leader” come from, and what does it embody?

The servant-leader is servant first… It begins with the natural feeling that one wants to serve, to serve first. Then conscious choice brings one to aspire to lead. That person is sharply different from one who is leader first; perhaps because of the need to assuage an unusual power drive or to acquire material possessions…The leader-first and the servant-first are two extreme types. Between them, there are shadings and blends that are part of the infinite variety of human nature.

The difference manifests itself in the care taken by the servant-first to make sure that other people’s highest priority needs are being served. The best test, and difficult to administer, is: Do those served grow as persons? Do they, while being served, become healthier, wiser, freer, more autonomous, more likely themselves to become servants? And, what is the effect on the least privileged in society? Will they benefit or at least not be further deprived?

There are two points/concerns in the last paragraph that we will address, albeit simplistically for the sake of this article, and the first point deals with Greenleaf’s emphasis on “other people’s highest priority needs being served.” Dr. Bruce Winston, Ph.D., former Associate Professor and Associate Dean at Regent University’s School of Business and Leadership, in his, book Be A Leader for God’s Sake, proposes the “Agapeo” Leadership Model.

Servant leaders are those who serve with a focus on the followers, whereby the followers are the primary concern and the organizational concerns are peripheral. The servant leader constructs are virtues, which are defined as the good moral quality in a person, or the general quality of goodness, or moral excellence.

Dennis and Bocarnea continue to quote Patterson (2003) who states that the servant leader leads and serves with and exemplifies:

There is a small faction moving toward a new type of leadership that is grounded in the ancient teaching of the servant leader model. This is based on the concept of serving for the sake of others. It is a community concept that empowers individuals towards a culture shift that rejects the authoritarian “power over” forms and fosters “power with” leadership.

Christ, Buddha, Gandhi, and Moses are the four figures most well-known as quintessential Servant Leaders, but most of the great leaders of history have embodied some, if not all, of the principles of Servant Leadership, for these ideas are eternal and unchanging, based on the laws of life itself. Spiritual leadership is a way of living and being. The vehicles by which we learn it can be philosophical, intellectual, spiritual, and religious. Perhaps best of all, we learn Servant Leadership from the good example of others who are practicing it.

To Grooms list of the quintessential examples of servant leaders, we would add Mother Teresa. Sarros (2002) states/cites:

Servant leaders view themselves as the servant first, as distinguished from leaders first “Who later serves out of promptings of conscience or in conformity   with normative expectations” (Greenleaf, 1977:14). Viewed this way, servant leaders are natural servants (Fading, Stone & Winston, 1999; Greenleaf 1977). To recapitulate, servant leadership is not only about ‘doing’ the acts of service but also ‘being’ a servant. It logically implies, therefore, that the leader-follower relationship is that of a client-server, not supervisor- subordinate or master-slave relationship (p.5).

In authors (McCuddy & Cavin) paper “The Demographic Context of Servant Leadership” (Journal of Academy of Business and Economics, 2009), they share their findings relative to their servant leadership hypothesis’s utilizing the Levene Test, and its results analyzed with the ANOVA (Oneway Analysis of Variance) statistical procedure. Their findings indicate:

McCuddy and Cavin state in conclusion that the results of their study indicate the following:

In many respects the concern of Simon Greenleaf is yet to be answered completely both in McCuddy & Cavin’s findings and in this paper, yet we are encouraged by these findings here indicating that there is a not a large disparity between the middle and lower socioeconomic classes relative to becoming servant leaders. To better answer Greenleaf’s concerns, one hopes additional studies on this subject are forthcoming.

We have examined the beginnings of the term “servant leadership” and in a small way what servant leadership embodies, as well as findings relative to socioeconomic classes of people’s involvement in servant leadership. Perhaps the best way to conclude this article, further developing the concept of what servant leadership is all about, is to give a real life example from the modern business world. A summary of the Broetje enterprise history follows with a direct link to their website provided for the reader following the article summation.

Ralph and Cheryl Broetje are owners of First Fruits of Washington, a 5,700 acre primarily apple enterprise in Washington state. During harvest, 900 temporary employees join about 900 year round employees. Both Ralph and Cheryl are Christ followers who not only chose a biblical concept for their brand, but also apply biblical principles of servant leadership to their business operations.

The Broetje’ philosophy of servant leadership means putting people first, connecting their business goals and spiritual values. The owners state that servant leadership means leading by serving, with Jesus as the prototype. “It means that we serve our employees needs, so they will do their best, reach their dreams, live in community and find meaning in life,” said Cheryl. Communities, in which people respect each other, listen and have compassion, make life richer. “We are a team on the farm. Everyone has a role. Everyone is important. No one is better,” Cheryl said. She goes on to say, “Too often, a business in the corporate sector, where the power and the money is, keeps their business and ministry separate.” Cheryl has taught servant leadership in such places as Kenya, Mexico, India, the Philippines, and other countries through the Center for Sharing, a nonprofit she formed to help people discover their calling and create programs.

Broetje Orchards provides Hispanic workers in their orchards and packing plant with year-round jobs, affordable housing, child-care, a school, and scholarships. The community they developed in Prescott, called Vista Hermosa, meaning “beautiful view,” includes 125 affordable rental homes and apartment housing where about 22% of the employees and their families live in a community of 600 people. In 1990, Ralph and Cheryl formed Vista Hermosa Foundation to distribute about 75% of their profits to local, domestic, and international programs. The fund Vista Hermosa’s child-care center for up to 90 children of employees; a Christian elementary school, a summer educational camp for grade school children, and scholarships for first-generation, low-income college students.

The international grants go for hunger alleviation, economic empowerment, education, leadership development and migration programs, such as the Catholic Relief Services/Mexico farmer’s project. When they decide to fund an international project, the Broetje’s do more than write checks, for example, Cheryl volunteered at Mother Teresa’s House of the Dying.

To view this article and to learn more of the Broetje’s background and accomplishments, go to http://www.broetjeorchards.com/index.cfm?pageId=1709F9FE-B062–