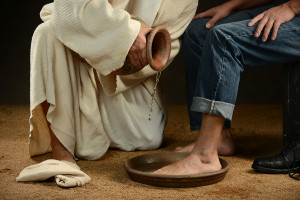 In The Steward Leader: Transforming People, Organizations and Communities, R. Scott Rodin (2010) quotes leadership expert Max DePree’s as saying, “The first responsibility of the leader is to define reality. The last is to say thank you. In between the leader is a servant.” Regent University professor, Dr. Corné Bekker, in his paper Prophet and Servant: Locating Robert K. Greenleaf’s Counter-Spirituality of Servant Leadership, (2010), states that for Greenleaf, servant leaders are characterized by:

Dr. Bekker, noting that Greenleaf himself was a religious man, and described servant leaders leading as prophets by (a) healing, (b) persuading, (c) creating systems of thinking, (d) opening alternatives avenues for work, (e) serving, (f) inspiring, (g) facilitating individual and societal transformation, (h) empowering followers, (i) uniting leaders and followers, (j) building bridges between organizations and communities, and (k) by ushering in a new era of servant leadership. The intended outcome of these prophetic servant leaders is to re-imagine and reshape the social domain of leaders and organizations (p.10). Dr. Bekker concludes this paper with the observation that Greenleaf’s servant leader is a person who “Seeks to bridge the two opposing worlds of self-interested commerce and the altruistic philosophies of public service and social transformation. Greenleaf proposed that the leader is a prophet that facilitates the formation of a new vision that unites and transforms (both individually and societal). He imagined a world marked by service, equality, unity, and new possibilities of radical altruism (p.12).

One of my favorite authors is a former award-winning journalist at the Chicago Tribune, Lee Strobel, who notes in his book What Would Jesus Say: to Mother Teresa, an observation by Warren Wiersbe from his book On Being a Servant of God. Wiersbe make an interesting distinction between servants who are manufacturers, and those who are distributors, noting:

Some people manufacture their compassion for the needy out of whatever is motivating them. For instance, maybe they’re feeling guilty over their own influence. Perhaps they pity the poor or altruistically sense they should give something back to the world. Maybe they have a neurotic drive to put the needs of others before their own in order to make themselves feel worthwhile. Whatever the source, they have to create their compassion and sooner or later, it’s probably going to run out…However, Mother Teresa isn’t primarily a manufacturer, but a distributor, as she empties herself serving others (1994, pp.64-65).

Jeff Iorg, in his book, The Character of Leadership: Nine Qualities that Define Great Leaders, says, “Leaders should sacrifice themselves, care for people, and be personally involved with their followers” (p. 116). He addresses the issue of motives, a good way to self-examine ourselves to see if we indeed are leading from a servant leader’s heart by providing some choices we can make to ensure we are on track:

Finally, whether you choose to believe Jesus is the Son of God as I do as a Christ follower, or just a great man who lived on earth some 2,000 years ago, an interesting incident from the life of Christ is found in the Gospel of John, chapter 13:1-17. It is the story of Jesus washing the feet of his disciples in the Upper Room, hours before his arrest in the Garden of Gethsemane and hours before his crucifixion. This is the essence of what being a servant leader is all about. This is the example for us to emulate as leaders. Would any of us as leaders in our respective organizations be humble enough, servant minded enough to wash someone’s feet if that is what it would take to make him or her committed followers. What is so interesting here in this incident related to us in John 13:1-17, is that within the 1st Century Mediterranean world washing someone’s feet was a task delegated to the lowest servant in that particular household or to a female if the household had no servants. Here in this story, a Jewish Messiah, the leader and founder of a movement referred to in the Book of Acts as “The Way” provides the ultimate example of what servant leadership is all about.